Why I Was Inspired To Paint It!

My inspiration to create a vision of this historic landmark was in honour of my grandfather, Mohammed Ali (Andy) Hamdon and my grandmother Josephine Hamdon. In addition to my grandparents I wanted to honour the other founding members of the Al Rashid Mosque. Including my parents and aunt who were married there. While it was still serving the community I had attended bake sales, prayer services, weddings and funerals, all of which were an important part of the community.

How It Came To Be!

In November of 2016 I decided to submit a piece of art to the Shaw Conference centre in Edmonton, a call had gone out for historic or iconic landmarks in the city.  Subsequently I thought of the Al Rashid Mosque, the connection I had with it through my family and the significance of being the first mosque built in Canada.  In 1989 the Al Rashid was moved to Fort Edmonton as a historical landmark.  Immediately, I contacted Salwa Kadri at the new Al Rashid Mosque to gather information. Salwa was able to give me historic photos of the original construction site and old newspaper clippings about the Al Rashid opening and first funeral held there.

Putting It All Together!

The most difficult part for me was drawing the Al Rashid Mosque, buildings can be complicated and not a subject that I do a lot of. Having completed the drawing of the Al Rashid Mosque it was time to start painting. I began by layering paint, making marks and glazing. I took the newspaper clippings and photos and made image transfers with them so they could be imbedded into the painting. Most importantly I wrote the names of the founding  members onto the surface of the canvas. It was crucial that they be included in the body of this work. 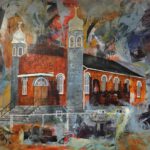 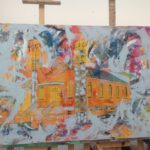 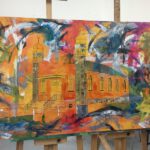 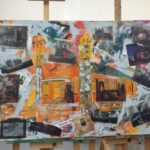 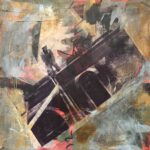 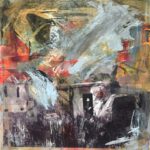 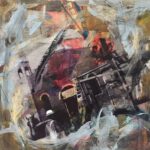 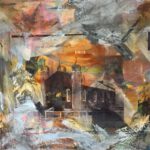 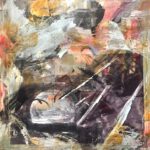 Construction of the AL Rashid Mosque 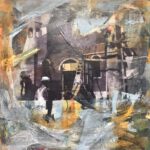 Read more about the history of the AL Rashid here!

Super excited to be participating in Art On 9th’s last exhibit! The Outlet show is has 20 artists participating with over 200 pieces. Exceptional art show with unexpected value! You don’t want to miss it!  I will have 14 pieces displayed so make sure you go down to Inglewood and take a look.

I am thrilled to be part of the current exhibition at Federation gallery in Vancouver, British Columbia. Two of my paintings have been selected to participate in “BLOOM”.
The exhibition runs from April 3-15, 2018.
Federation Gallery is located on Granville Island 1241 Cartwright Street, 604-681-8534.
My painting Tulips For Easter in the second painting from the left in the Federation Of Canadian Artists main page. I am very honoured to be showing with such talented artists. 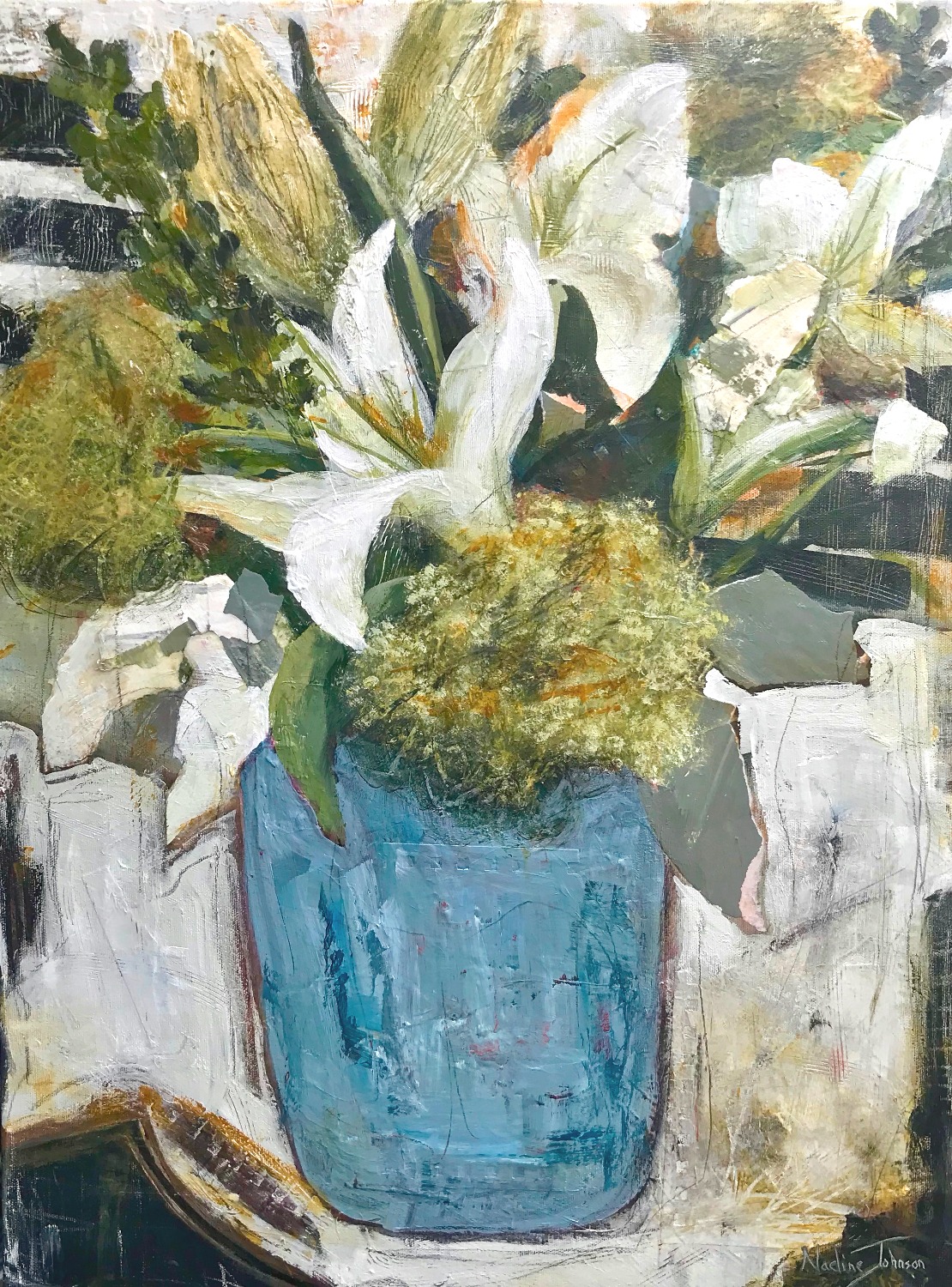 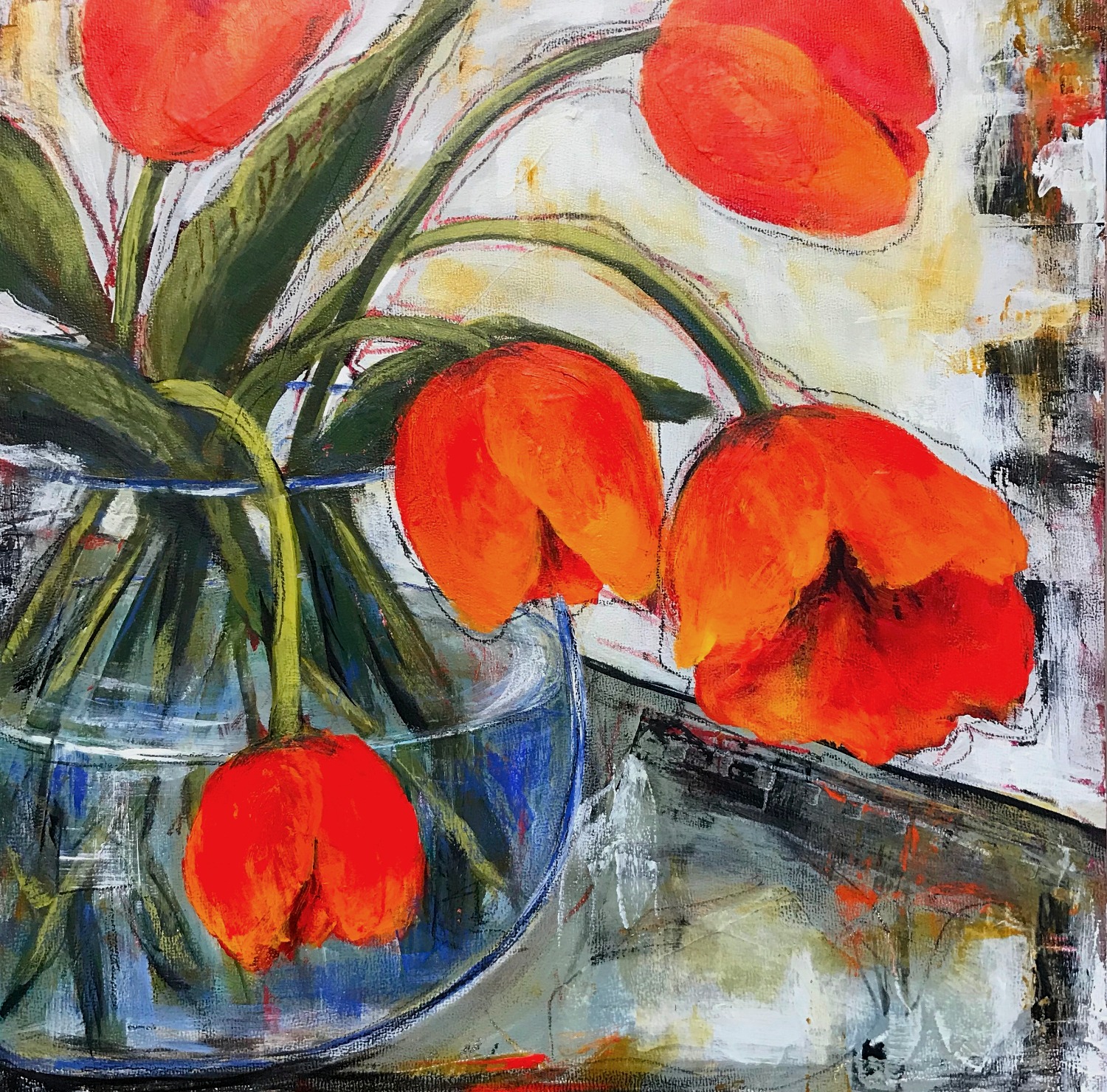